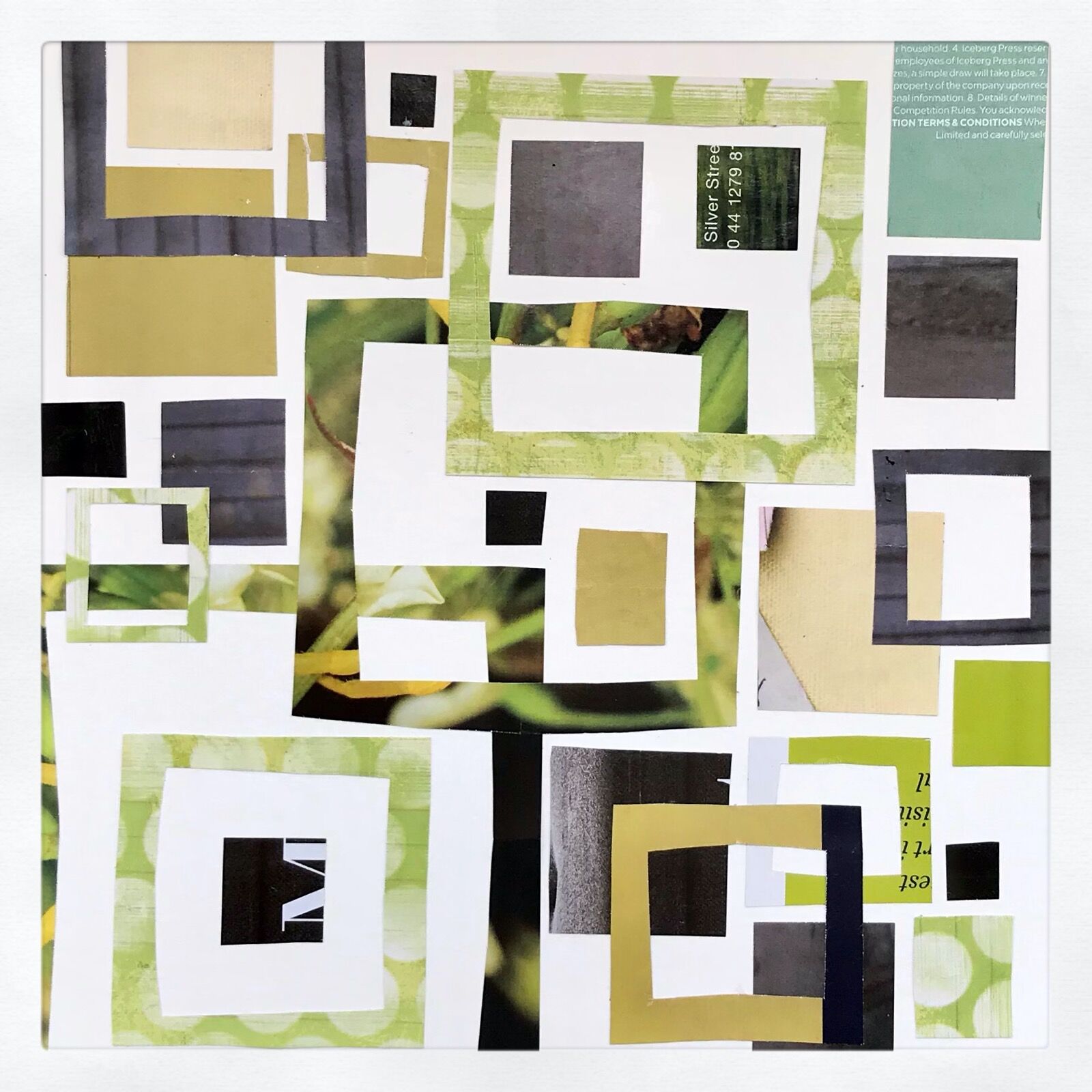 As much as I loved creating the collages in my last set of art works, I wanted to explore something different for the next set, and so I thought shape would be a good subject. I love seeing how other artists consciously use shape in their art work . By contrast the shapes that appear in my work are mostly random and appear without any thought. I decided to concentrate on circles for my first six, and then move on to squares before deciding whether or not to continue this topic.

My circles set include precise circles, hand drawn imperfect circles, overlapping, solid and outlined circles. I used paint, collage and doodling with pens. I was able to play with paint transparency within overlapping circles. One thing I discovered through this process is that although I love circles, I did not enjoy using them exclusively. Rather I enjoy circles used as a shape alongside other shapes and marks. 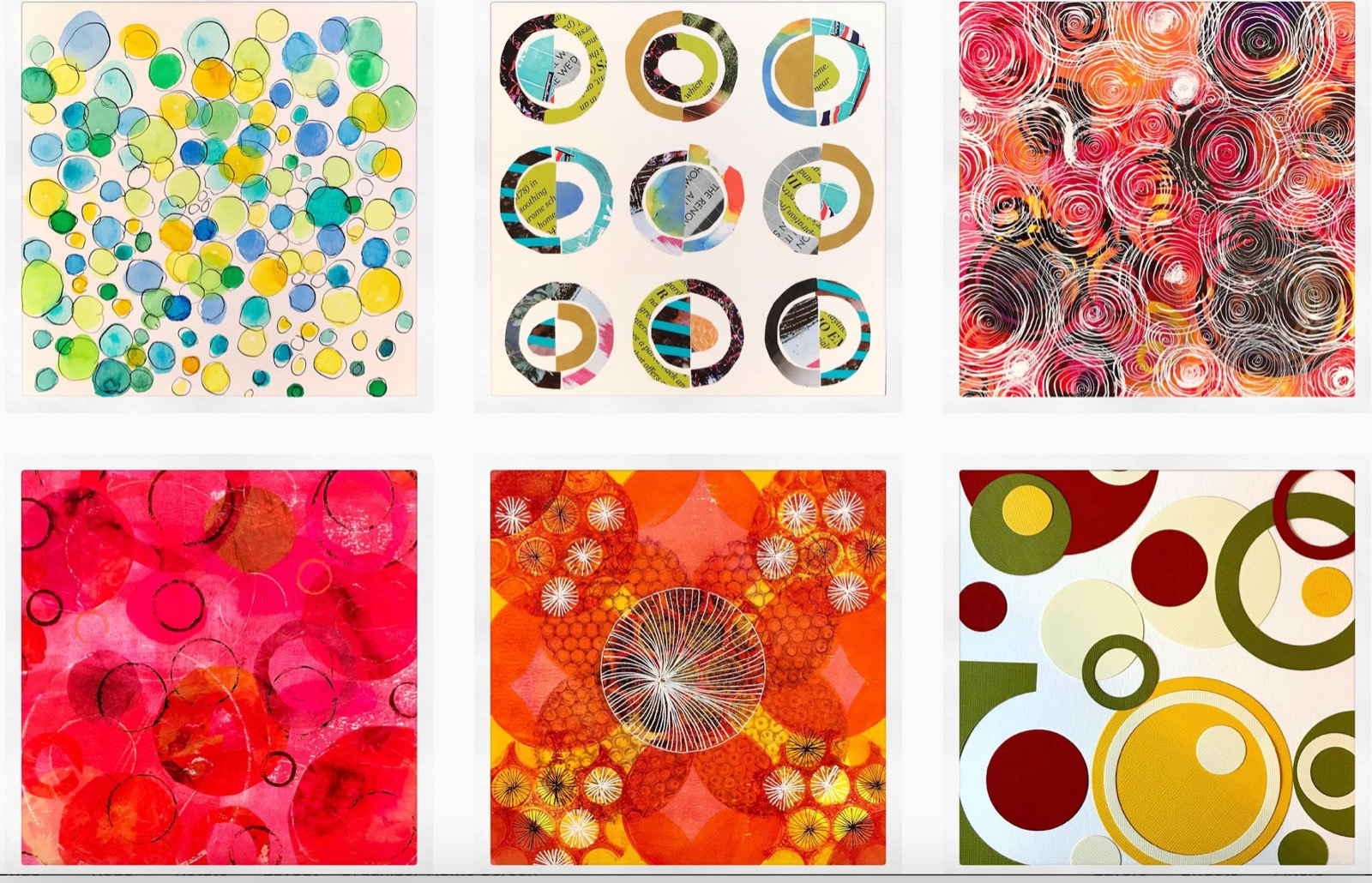 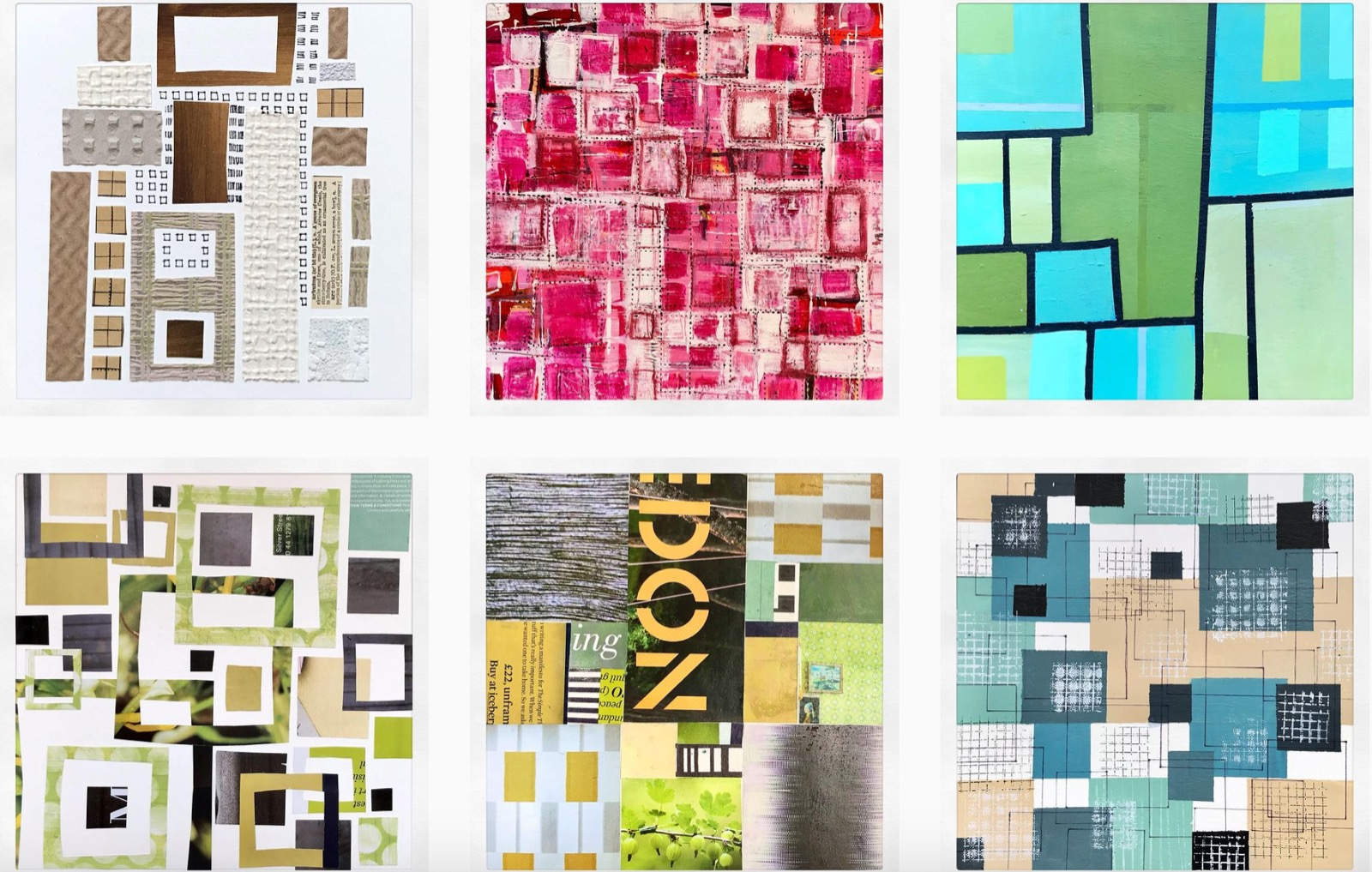 At this stage I decided to use random shapes for my next six and I used my hand painted collage papers for each of these. Some shapes I cut intentionally, specifically the arch shapes, but many were leftovers scraps in all sorts of odd shapes. The beauty in using collage for this was that I could move the shapes around until I found the placement pleasing. This would be quite tricky if I was painting straight onto the paper. Interestingly, you can see where I started to veer away from abstract shapes, to a version of representational art. This something I often struggle with. Painting abstractly is much harder than it looks! 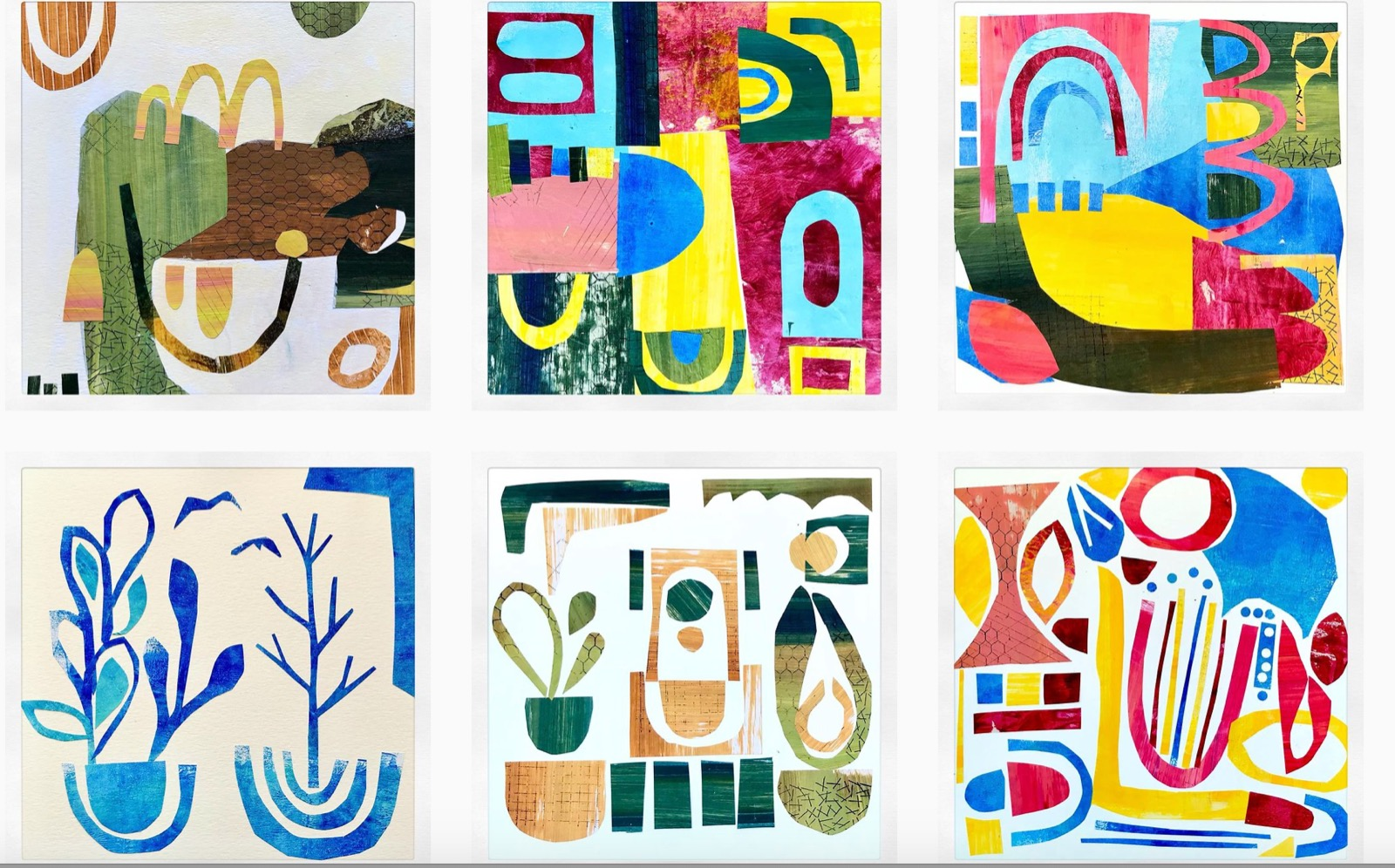